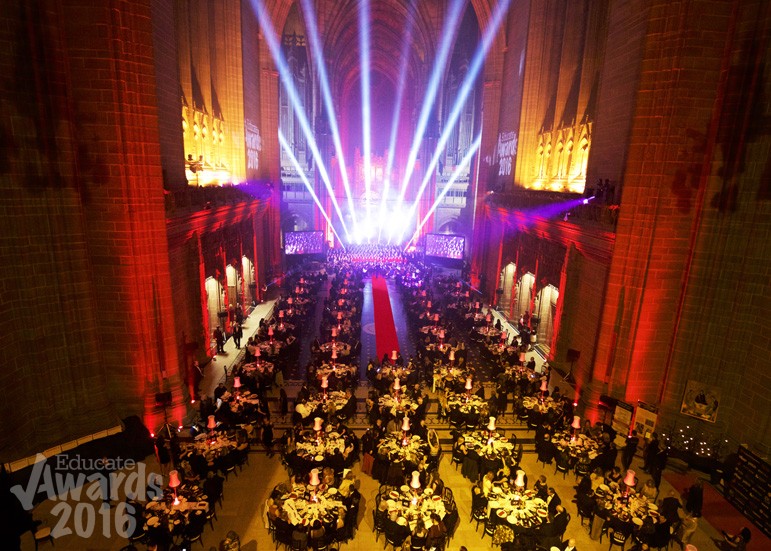 The Educate Awards 2017 is off to a flying start with a number of sponsorships already snapped up ahead of the official launch.

The awards is the biggest celebration of education in the North West and will return for its sixth year in 2017, held at Liverpool Cathedral.

The Educate Awards is delighted to announce that the 2017 ceremony will once again be held in partnership with Copyrite Systems and Ricoh as title sponsors.

Copyrite Systems and Ricoh UK are two of the UK’s most innovative companies which are passionate about collaboration, technology and communication.

In addition, seven organisations have signed up to return as category sponsors, with more to be announced shortly. These include The Foundry Agency; Liverpool John Moores University (LJMU); Wray Brothers; PCS Law; All About STEM; Liverpool School Sport Partnership (LSSP); Capita Education and Progress Schools.

Kim O’Brien, executive editor of Educate Magazine and founder of the Educate Awards, says: “We are delighted that the Educate Awards 2017 will continue to be held in partnership with Copyrite Systems and Ricoh and supported by so many organisations that are passionate about education and teaching.

“Without the support of our sponsors, we wouldn’t be able to bring this important event to the region which celebrates the value of teachers and recognises all the good happening in schools. We can’t wait to reveal more exciting news in the New Year!”

More sponsors are to be announced shortly and nominations for the Educate Awards 2017 will open in early 2017. To keep up to date with all the news follow @educateawards on Twitter or go to www.educateawards.co.uk